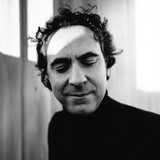 Jon Thebur is a german pianist, composer and arranger. Mainly influenced by the pop music of the eighties, Jon studied classical music as well as jazz music and composition. Over the years he worked with several well known artists as a composer, arranger or producer. Also writing for string quartet and orchestra, composing for TV and film and working as a jazz pianist for several projects. But never forget to compose his own music and focusing in a minimalistic way, but deep and melodious. Jon´s main instrument is the piano but more often in combination with instruments like Sansula, Kalimba, Glockenspiel and electronics. His new album "In some other place" (2020) includes three piano cover versions of british singer Black aka Colin Vearncombe (1962 - 2016) who had massive hits in the eighties. Jon has grown up with his songs and had always a deep connection to his music. The album "Black is my piano" (2021) contains ten selected Songs of Black aka Colin Vearncombe which Jon Thebur has arranged and played in special piano versions. www.jonthebur.com