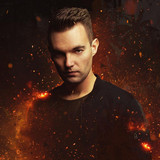 Rough n’ raw, and everything in between, up and coming avant-garde Enemy Contact is on a savvy path to triumph! Being no stranger to frolicking with lethal elements, if there’s something that this 24 year old prodigy can testify to, it’s spawning major tunes that outdo the norm! Hailing from Hardstyle’s epicentre The Netherlands, Casper van Schie’s upbringing in a musical family ultimately sparked his urge to invent. After becoming rapt on the harder styles from coming into touch with Jumpstyle back in the good ole’ days, from then on, he began soaking up what Hardstyle had to offer. As soon as he knew it he was delving into the depths of production software! With his foundations embedded deep on the basis of passion, hard work, motivation and humbleness, tunes such as “Become One,” “Get Paid” and “Spirit” have gained tremendous support from fans and artists alike. Surpassing the calibre of artists within the same cohort, it comes as no surprise that Enemy Contact has respectively claimed support from industry heavyweights. Grasping opportunities with open arms, throughout his career so far, this up and comer has claimed his place on line-ups for AIRFORCE Festival, Q-BASE, Decibel Outdoor, Radical Redemption’s Militant Mayhem and Loudness. Most recently, Casper has been invited to open a new and exciting period of his career. After proving himself through his X-BONE releases, Enemy Contact has now officially become a member of the A2 Records family! With two debut releases “Invent Yourself” ft. Sewy and “Knock Knock” on the horizon, the winter is shaping up to be immense for this up and comer! Armed and ready to take his vigorous spirit to even bigger arenas, you’d better keep your eye out for the biggest Enemy of them all!