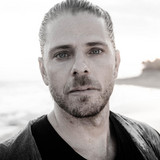 For Jeremy Roske, music is more than a melody — it's a cure. Raised by a pair of social pioneers, Roske spent his childhood watching what systematic change could do for the world. But it was his time spent in Hawaii as an Earth Guardian that exposed him to music's healing power. Raised on everything from 90's hip hop to funk and reggae, he wrote his first song at only 12-years old. Later in life, influences like Peter Gabriel, Sting, and Bobby Mcferrin altered the way he looked at songwriting. Inspired by the rhythmic intricacies and socially conscious messages of other artists, his style began to shift. He soon became one of Earth Guardians' founding members, where he wrote message-driven melodic music designed to uplift the masses and influence the planet. He toured 29 states and performed at over 40 events in 1995 — just before his world turned upside down. After being struck by lightning, Roske's near-death experience inspired him to branch out on his own, creating music that spoke to survival and our ability to transform, if only we could allow ourselves the peace and energy to do so. With each new release, Jeremy Roske personifies music's healing power into each personal, influential track, creating music that inspires hope and transcends tragedy.