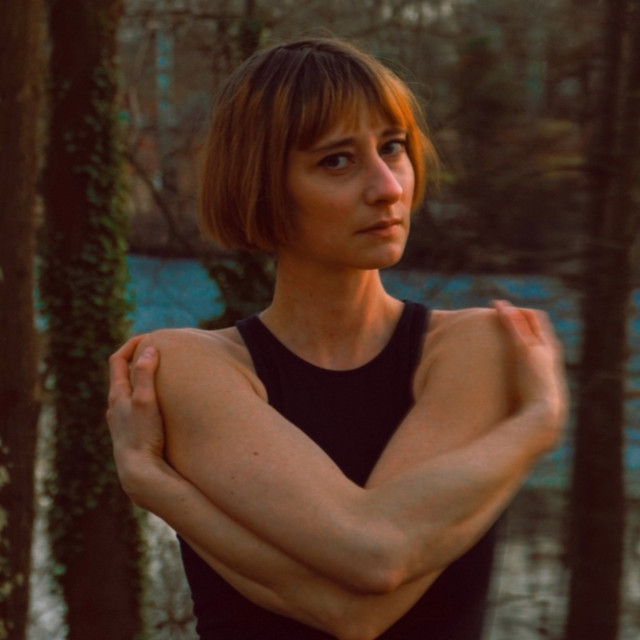 Heart-on-Sleeve Intro-Folk: Lisa Akuah reaches every Natural Worrier “Heavy topics wrapped in lightness” - this is what Lisa Akuah emanates once she steps on a stage. After many years of muteness Lisa Akuah has found her voice and since 2015 she’s been expressing her experiences in her deeply personal songs. Although shy and self-deprecating on stage, she immediately captivates any listener as soon as she starts singing. She describes her music as Intro-Folk: Modern Folk Music for introverts by introverts. Songs everyone can relate to and feel understood. When she, in mid 2020, released her first two singles ‘Natural Worrier’ and ‘Bubbles’ - right when the pandemic had us firmly in its grip - Lisa Akuah wouldn’t have thought just how contemporary her songs are: Time and time again they surprise with their truths wrapped in charm and melancholy. And late last year she thoroughly stirred up the Modern Folk scene when she presented the video for her psychedelic tune ‘Dancing Trees’ in a fully booked cinema. Her over 45k streams prove that Folk certainly is not dead! Jo Halbig (Killerpilze, DE) describes her music “like Perl Jam’s Eddie Vedder, just female and Indie” and exactly this ‘similar but very different’ makes one find connections in all of her songs to artists like Sharon Van Etten, Jesca Hoop or Agnes Obel.