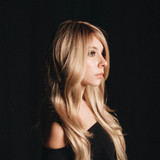 Anna Graceman is a singer-songwriter and pianist who writes, performs and produces her own music. Originally from Juneau, Alaska she moved to Nashville to pursue her passion for songwriting. In 2015, her song “Treble Heart” went viral on musical.ly. It was then sampled by Vice in the song “Steady 1234” feat. Jasmine Thomson & Skizzy Mars. In 2019, Anna was able to accomplish her goal of releasing a song and video every month. Along with being a full-time songwriter and working on her artist project, she also performs with her siblings Landon and Allie in their band, Graceman. In 2020 she appeared on this season of NBC’s hit show, Songland where pop star Bebe Rexha sang a version of her song for the Tokyo Olympics. Recently Anna has had songs placed with brands like XBOX and Tide, as well tv shows like Station 19 and Siesta Key.

She has also had artist features with mega-producer Tommy Proffitt and DJ Lulleaux.