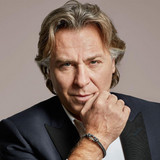 In his 30-year career the French-Sicilian tenor has sung more than sixty roles : Alfredo, Calaf, Canio, Cavaradossi, Don Carlo(s), Don Jose, Eleazar, Faust, Manrico, Maurizio, Nemorino, Otello, Radames, Rodolfo, Romeo, Ruggero, Samson, Turiddu, Werther..., all in performances which have made him the most famous French tenor in the world. His taste for exploration has shown his love for less-known works such as - also recently performed - Le Cid, Le Roi Arthus, L'enfant prodigue, Vasco da Gama, Cyrano de Bergerac…. Two contemporary operas have been composed for him. His discography covers a wide and eclectic range, from complete sets, duets, anthologies to popular (Sicilian, Latin American...) songs, he has appeared on many DVDs, including a film of Tosca. His most recent releases are the operatic recital "My life is an Opera", an album of Italian songs, "Malèna", a full recording of Massenet’s “La Navarraise” and “Caruso 1873” his brand-new solo album on Sony Classical. Primarily motivated by his contagious passion for voice, Roberto Alagna approaches his many projects with enthusiasm. His last appearances are reflecting the breadth of his repertoire. Constantly exploring new grounds and ideas - on disc, on stage and on tour, Alagna clearly revealed his desire to give his audience more and to feed his appetite for permanent search and creation. In each genre, he showcases his unique ability to keep his tenor instrument true to the style of what he is singing.