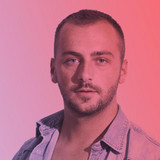 Bursting on to the international scene with his own brand of sound style, Velvet Oskar started mixing tracks at seventeen and hasn’t stopped! Recent projects include Mashups for Av8 Records New York. He credits influences in Hip Hop, African, Jazz and Soul for his early work which is dominated by the classic sounds of scratching and turntables. A 2009 trip to the world’s dance club Mecca—Ibiza—opened his ears and his mind to electronic music. After Ibiza, Velvet Oskar began to hone his now signature style of electronic music—an eclectic mix of many influences. His new tracks can only be described as genre-busting, totally original and cool beyond standards. A guaranteed up-and-comer, velvet Oskar was born in Poland and grew up in Germany.