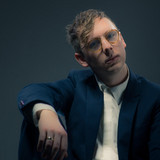 Rogier Pelgrim is a passionate Dutch singer songwriter. Since 2009 he played over 800 shows in countless venues, clubs, festivals, theatres and living rooms. In 2012 he released his debut EP ‘Our Dear Lady Of The Plains’, two albums followed. Rogier is inspired by artists like Damien Rice, Sufjan Stevens and Jeff Buckley. His latest track is something quite different. It's a dance remix of the song 'Someone part II', the original version of the song can be heard on Rogiers last album 'Birds and Busy People.' The song is about the expectations we have of love. This remix is a collaboration between Rogier Pelgrim and 'The Why', a dutch producers duo from the city of Utrecht. Rogier never did a remix before so he is very excited to release this track. This new version of the song is simply called 'Someone'.