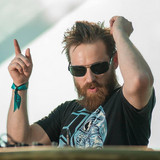 Phat basslines that envolves the body, hypnotic driving melodies that feeds the mind and deep emotional atmospheres that touches the soul. This is how Jeff describes his music. Stereo Plug is the psychedelic trance project created in 2005 by the producer Jefferson Cechinel. As a former drummer of Punk Rock and Hardcore bands it is impossible to deny the influences of those genres on his music which gives that aggressive touch. Stereo Plug is active for more than a decade and has been performing on some well known festivals and clubs around the globe. Whether it's day or night time Stereo Plug always blasts the dance floor with a set full of rich effects and rhythmic dance grooves.