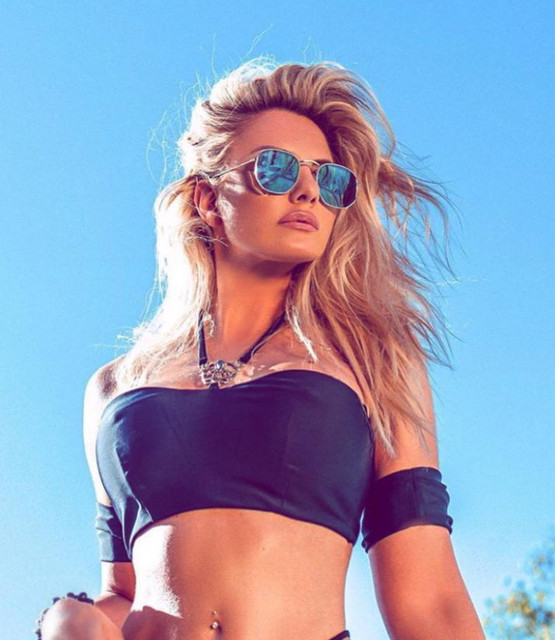 Las Vegas DJ and Music Producer -Romina is set to make a lasting impression on the world of electronic music. A connoisseur of Progressive house, G house, and Tech alike, she’s becoming well known for channeling her favorite elements from each style into her own, unique style.She doesn’t skimp on studio time either. She is been working closely alongside mix engineer such as

Baby Brown, Luca Pretolesi and Franck Dona. Romina was born in Brasov, Romania. After racking up gigs in the country’s most prestigious clubs, she set her sights on America. In 2012, Romina relocated to Las Vegas, rocking mega high profile residencies at Tao, Lavo and Drai’s. Romina has also performed at Miami Music Week events. Back in 2014 -Romina participate at Burn Residency Ibiza where she triumphed over 2,000 artists to finish first-place in Romania and 8th global.The following year, Romina was named, “Best Female DJ” in Las Vegas at the House Music Awards. 2016 marked Romina’s debut single “Summer Breeze” released on Crossworld Records and peaked at #2 on Beatport’s Progressive House Top 100 Releases chart. One month later Romina started a European tour and also play at Untold Festival- voted ‘’Best major festival’’ alongside Martin Garrix, Hardwell, Afrojack Before the end of that year, Romina received another honor at the House Music Awards for “Best Female DJ” . Romina is back in the recording studio and she plans to reveal new music in the coming months. Keep an eye out for this artist!