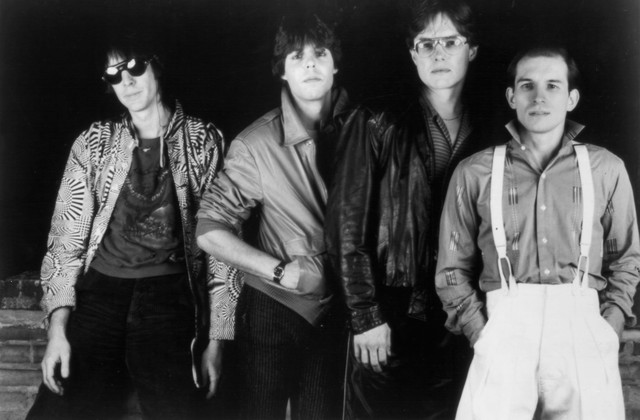 Stardom was handed to him with Something/Anything?, but Todd Rundgren rejected it. He wanted to explore new musical territory instead, and his adventures led him to form Utopia in 1973. Initially, Utopia was a prog rock septet featuring three keyboardists, but as the '70s progressed, the group evolved into a shiny mainstream rock quartet, and Rundgren retreated into the background, as each of his bandmates contributed songs and lead vocals to the albums. By the early '80s, Utopia had developed into a hit-making entity in their own right, even if much -- if not all -- of their audience were simply dedicated Rundgren fans, which highlights the problem with Utopia: although they did develop their own signature sound, they were nevertheless always perceived as Rundgren's folly. And to a certain extent that was accurate, since the band's musical evolution often mirrored his own -- plus, once he decided he had enough of the group in 1985, it ceased to exist. At that point, Utopia was over a decade old, which made it something more than a folly, but even hardcore Rundgren fans will admit that it's impossible to view Utopia's career as being completely independent from his own. After all, the band was born out of his desire to experiment with synthesizers and delve into prog rock. In its original incarnation, the group consisted of three keyboardists -- Moogy Klingman, Ralph Shuckett, and Roger "M. Frog" Powell -- a bassist (John Siegler), a percussionist (Kevin Elliman), and a drummer (John "Willie" Wilcox), along with Rundgren on lead guitar. The band's first album was released months after Rundgren's Todd hit the stores. Appearing in October 1974, Todd Rundgren's Utopia consisted of only four tracks, all of which were mainly instrumental, and none of which were less than ten minutes apiece. Rundgren continued in that direction on his next solo album, Initiation, which was released in spring 1975. Mere months later, Utopia released Another Live, a wild live album devoted to long synth experiments. Utopia's live concerts were marked by these improvisatory excursions, yet they were also distinguished by their video backdrops and random, computer-generated music. Another Live proved to be the culmination of the synth experiments and, in some ways, the long stretch of willfully difficult records Rundgren was making during the mid-'70s. After recording the solo pop album Faithful in 1976, he revamped Utopia, stripping away two of the keyboardists (Klingman and Shuckett), as Elliman and Siegler left. Kasim Sulton joined as the new bassist. By any measure, Ra, the first album released by the new lineup, was a prog rock record, but it was heavier and less overtly experimental than before. Ra was released early in February 1977 and was followed seven months later by Oops! Wrong Planet, a record that found the quartet abandoning prog for streamlined pop/rock, with a hard rock bent. Utopia played on a club tour that resulted in the 1978 solo Rundgren live album Back to the Bars, which appeared after his hit record The Hermit of Mink Hollow. Back to the Bars featured both solo and Utopia material. No Rundgren or Utopia records were released in 1979, but the following year found Utopia reaching new heights. Released in January 1980, Adventures in Utopia brought the band their largest audience to date. On the strength of the Top 30 single "Set Me Free," the album climbed to number 32, spending 21 weeks on the charts. Utopia quickly followed the record in October with Deface the Music, a devastating satire of the Beatles. It was a good, clever record, but it shredded the group's recently expanded audience. Following Rundgren's solo 1981 venture, Healing, the group returned in 1982 with Swing to the Right. The record stiffed, failing to crack the Top 100. Its failure was one of many problems Rundgren had with his longtime label, Bearsville. He was able to wrangle Utopia free from the label after Swing to the Right, moving the quartet over to the fledging Network label. Several months later, the group released Utopia. Thanks to the minor hit "Feet Don't Fail Me Now," which received moderate airplay on MTV, the record performed better than its predecessor, peaking at 84 and spending 19 weeks on the charts. Unfortunately, the label folded the following year, which meant Utopia had to find yet another new home. They settled with another new label, Passport. Their first album for the label was titled Oblivion, released in January 1984. Oblivion performed respectably in the charts, peaking at number 74, but the following year its follow-up, POV, tanked, reaching only number 161. Part of the problem was that Utopia's sound had progressed, but its glossy arena rock was no longer contemporary. Following POV, Rundgren effectively pulled the plug on the group, choosing to concentrate on his solo career, as well as computer programming. Like Rundgren, Powell concentrated on writing computer software; he also designed a keyboard called the Powell Probe. Sulton continued to play music, recording a handful of solo albums, and acting as a sideman for Cheap Trick, Hall & Oates, and Joan Jett, among others. Wilcox moved behind the scenes as a producer and songwriter. Utopia reunited in 1992 for a tour of Japan, which was captured on Rhino's live album Redux '92: Live in Japan. ~ Stephen Thomas Erlewine, Rovi