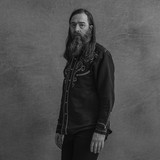 Torgeir Waldemar’s self-titled debut album seemingly came out of nowhere in 2014 and took Norway by storm. His folky, mellow and tragic songs, the sinister vibes, his aching voice and his tall and dark, bearded and long-haired persona all combined to fully launch the artist Torgeir Waldemar. The critics went wild and comparisons to Neil Young, Gene Clark and the Laurel Canyon Scene in the 1970’s were widespread. Waldemar was nominated to Spellemann (Norwegian Grammy) awards in both the Country category and Newcomer of the Year. Whereas the first record was an introspective and contemplative album, Waldemar unleashed a rock’n’roll monster on No Offending Borders. Angry with Norway’s inhuman immigration policy, Waldemar let his fury be heard among crunching guitars, backed by a juggernaut band. The album also properly launched Waldemar outside of Norway with rave reviews in the UK, Germany and Benelux. Waldemar then recorded a covers EP of sorts – only, he did covers of his own songs. Jamais Vu (2018) contains electrified versions of songs from his album debut, and stripped down versions of the rock songs from his second album. In the summer and fall of 2019, Torgeir Waldemar recorded his third full-length album, Love. The album is a call to compassion, but also a meditation around love and the awesome and horrible things it can make us do. Backed by his mighty band, the album is vintage Waldemar, while at the same time taking his music in new directions.