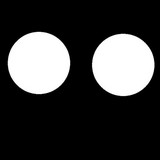 Jacky Chao, better known by his stage name Here Lies, is an electronic music composer and producer based in Houston. Jacky moved to the United States in 2013, and began his creative endevor under the name of Here Lies. While he has focused primarily on electronic music, he is constantly experimenting with new sounds, challenging traditional music. Apart from Here Lies, Jacky was also a keyboardist in the 1950s band 28 Freedom. In 2016, Jacky became good friends with Ryan Art, an audio engineer and producer from Belmont University, whom he was introduced to as an intern opportunity. Ryan was impressed with some of Jackys work, and have asked to have one of his tracks in his next EP, the song is later known as Closer To Me. Ryan Art later invited Jacky to be a part of his indie rock band, The Marvelous Outsiders, as a keyboardist and songwriter. Jacky is also a member of Arcadia Collective, a media arts group, and has scored big production films including The Artifact, Red Ties, Good Grief, Fragile, and short films like The Window Man, AxellexA, The Dreamweaver, Arcadia Goes To Space (Original Soundtrack), and House. In his final year of high school, Jacky created his first album, Phase Two, released under Kitelines Music and Arcadia Media Collective. Jacky is currently attending The University of Texas at Dallas as an Arts and Technology major to further his knowledge in digital arts.