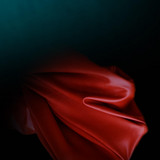 Formed in 2010, Raime, the London-based electronic duo of Joe Armstrong and Tom Halstead, created waves within the flourishing underground club scene during the latter part of the 2000s. Alongside musical peers Pete Swanson, Andy Stott, and the Haxan Cloak, they were part of a group of artists who looked to the vast and rewarding influence of industrial music, Detroit techno, and ‘80s goth subculture. The pair, who have known each other since their teens, began making music together in 2005. Forging together their love of U.K. industrial, dubstep, and jungle, they released their first EP If Anywhere Was Here He Would Know Where We Are on British label Blackest Ever Black. This would be the start of a fruitful relationship with the forward-looking label as they released two more EPs, The Raime EP and Henail in 2010 and 2011, respectively. The sparse rhythms, brutal percussion, and vast space and sound of these EPs genuinely reflected their love of the experimental and drone genres. They assimilated these post-apocalyptic and bleak sounds into their live sets against a backdrop of impressive and powerful visuals that gave the sounds depth and edge.

With their distinctive aesthetic established, they released their debut album Quarter Turns Over a Living Line on Blackest Ever Black in November 2012. Using live musicians ranging from cellists and drummers to guitarists, they used the stems and parts of these recordings and reconstructed them to create the seven tracks on the album. The album was a remarkable success and saw them break out of the underground to become firm mainstream favorites, appearing high on many end-of-year lists. The duo consolidated their position through touring, playing live and DJ sets around the world. In 2013 they revealed that they were behind the mysterious project Moin. Under that name they released the Murphy EP, also on Blackest Ever Black. The EP had more of a live sound with a pronounced post-hardcore influence. The duo took time and care crafting their follow-up Raime album, Tooth, which was eventually slated for release in June 2016 and announced by the single "Dead Heat." Once again hybridizing organic instrumentation with electronic effects, it saw them combining influences from dub techno, garage, grime, and the post-hardcore of Moin into deep, enveloping soundscapes. ~ Aneet Nijjar, Rovi