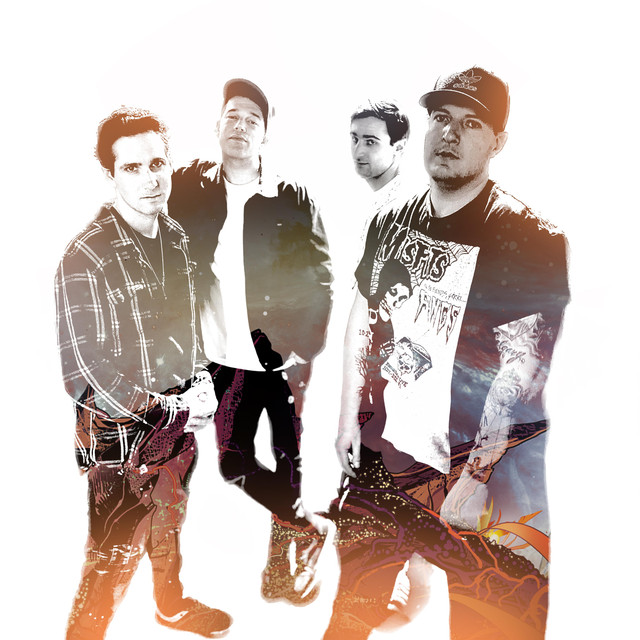 The band was formed in late 2018 after lead singer, Wade Fitzgerald, was introduced to Producer, Matt Good (From First To Last), by mutual friend, Sam Bettley (Bassist/Asking Alexandria). After working on a few demo's, Wade and guitarist, Andy Lutzka, took off to start recording with Matt at his studio in Tempe, Arizona. When it came time to look for a drummer, Longineu Parsons III (LP) was the first name that came to mind. Wade and LP first met in 2014 while LP was on tour with his previous band, Yellowcard. After sending a few messages back and forth, LP flew out to Tempe to meet Wade and Andy during which they wrote and recorded "A Life Less Heavy EP" in less than 5 days. Shortly after recording the band was looking for a bassist. LP invited his childhood friend from Jacksonville FL., Stephen Miller to the band's first rehearsal. After the rehearsal, Stephen became the final member. In 2019, the band had played about 5 shows before signing their contract with Hero Records. Right before signing, LP made the tough decision to pursue an opportunity closer to his home in Florida. Although it was mutually hard for both him and the band, they were lucky to pick up a very talented young drummer in LA named Luc Frankel. With the video for ‘Gravity’ finished and set to be released on February 21st, 2020, the band is looking forward to a busy year full of lot’s of shows and new music.