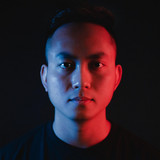 Ducka Shan is a Vietnamese American DJ and Producer based in Los Angeles, CA. Hailing from a musical family, Ducka sought to follow the craft of his bloodline, learning the piano in his early years, before becoming seduced by the four-to-the-floor bliss of house music at age 15. In just a few years, Ducka hit the ground running with a string of successful releases which have earned him millions of plays over several platforms and labels. As well as radio supports such as “I Can’t Let You” - Hardwell Off The Records Episode 64, “Deep In My Soul” - SiriusXM, “The Last Song” - Sam Feldt’s Heartfeldt Radio 120, “Ceasefire” TrapNation’s End of the Decade Mix and Arty’s Together FM 78. His different background helped him achieve stylistically varied sounds, which can range from electro-pop and chill house to electronic bangers. As the adventure continues, he gained exposure from winning Discovery Project Competition 2018 by Insomniac Events and has performed festival sets at Escape, Up & Up Festival, Nocturnal Wonderland, and as well as other countries such as Ibiza, Spain, Vietnam, India, and more. Ducka is now prepping a lot of originals along with other like-minded artists, to create a new and interesting vibe and to share some different sounds with his fans in the near future.