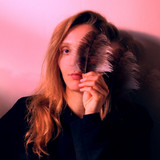 Ava Bonam creates all-acoustic sonic tales that yield innermost feelings and intimate memories held dear from times long past. Her work speaks of myth, folklore and literature, like a plunge into the drama of Brontë and Hesse, an infinite quest in search of truth. Introducing songs from her piano-driven album MAYA (2017), her debut concert set the tone for what's to come: She opened for Hauschka & The Alma Quartet at the sold-out Volksbühne Berlin on New Year's day, captivating the audience with the depth of her vocal range as well as the poetic approach of her playing the piano. Later that year, she played the renowned PopKultur Festival and was part of the Berlin line-up for British Council's Mix the City. Currently, Ava Bonam is in the process of recording her forthcoming album which will be released winter of 2021/22. For this, she received a scholarship by Musicboard Berlin. More on: http://www.ava-bonam.com