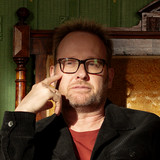 Sigvart Dagsland is an award-winning Norwegian pop/rock singer and pianist whose recording career spans several decades, beginning in the 1980s, and whose albums hit the Top Ten with regularity. Born on October 18, 1963, in Stavanger, Norway, he is a studied musician and composer who began playing the piano at age seven. He made his full-length solo recording debut in 1985 with the album Joker and won a Spellemannprisen (i.e., Norwegian Grammy) award with his fourth album, Alt Eg Såg (1990). After teetering on the brink of the Top Ten for years, he reached the Top Five of the Norwegian albums chart with his eighth album, Det Er Makt I de Foldede Hender (1995). Among the many albums of his released over the years that followed, the most popular were Laiv (1996), Hjemmefra (2003), Underlig Frihet (2003), and Hymns (2009), all of which were Top Ten hits. In addition to his album output, Dagsland is an industrious concert perfromer, playing upwards of 50 shows a year. ~ Jason Birchmeier, Rovi