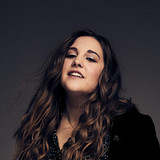 Jessie Clement has been processing her world through music since she was nine years old, and now, at 21, she’s still at it… with a vengeance. Clement was adopted into a musical family as an infant—a family chosen by her birth mother specifically for their musical sensibilities. What neither birth mother nor adoptive family could have chosen was Jessie’s ear and writing talent.   The young artist behind the Spotify Discover Weekly picks “Record Player” and "Waiting On The Sun" has already produced the content to fill four solid records. The first, Hey World, was released when she was 11. The second, Runaway Adventure, at 14. Her third, Record Player, was recorded when she was 16 and 17, and is now a fan favorite.   Jessie’s primary influences are artists like James Taylor, John Mayer and Sara Bareilles—strong, thoughtful songwriters with folk roots; relaxed and real. Her writing style, like theirs, is timeless, deliberately avoiding pop culture images and tech references. Her production team (Russell Terrell and Brad Hill) has tried to mirror this natural bent in producing her records, staying away from trendy “flavor of the month” sounds. The February