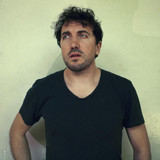 b. Dublin, Eire. This Irish singer-songwriter grew up surrounded by music, with his father and uncles forming a successful touring folk group. Kitt first began performing live sets while studying at Trinity College, Dublin, where he completed a postgraduate course in music technology. He recorded and mixed the songs for his debut release on a digital eight-track in his bedroom, imbuing the material with an eerie, lo-fi atmosphere. Small Moments was released by the revived Rough Trade Records label in 1999, by which time Kitt had already begun working on his debut long-player. Released on the Blanco y Negro imprint in June 2001, The Big Romance featured a bigger production sound but retained all of the charm of the debut, with ‘Song From Hope Street (Brooklyn, N.Y.)’ and ‘What I Ask’ among the stand-out tracks. Square 1 was a slower-paced collection than its predecessor, eschewing the nods to electronica in favour of brass and strings. The album debuted at number one on the Irish charts in summer 2003.