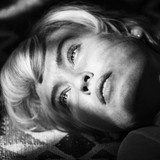 Swedish vocalist Linda Caroline Sundblad became a national music and fashion icon while fronting the rock group Lambretta, before embarking on a solo dance-pop career. Lambretta formed in 1993 as a three-piece, but their career didn't begin to take off until several years later when the bandmembers asked a Linköping record store owner whether he knew of any good singers. That store owner turned out to be Sundblad's father, Ulf, and although Linda was only 15 at the time -- half the age of the oldest bandmembers -- she dropped out of high school to join as the group's lead vocalist. With Sundblad at the forefront, Lambretta released three successful, progressively harder-edged albums between 1999 and 2004 and scored several major Scandinavian hits that blended hard guitar rock with danceable pop beats, sometimes with the songwriting and production assistance of Swede pop mastermind Max Martin. Meanwhile, Sundblad also made guest appearances on singles by the Swedish hip-hop group Infinite Mass ("She's a Freak" in 2001) and the heavy metal cello ensemble Apocalyptica ("Faraway Vol. 2" in 2003; she also appeared on the cover of that group's album Reflections, with cello f-holes painted on her naked back à la Man Ray). Throughout Lambretta's career, critics and the media had focused the majority of their attention specifically on Sundblad, praising her charismatic star power and her fashion sense (which earned her comparisons to Gwen Stefani and an award, in Swedish Elle magazine, for Best Festive Style; she also launched a modeling career on the side). There were also persistent critical appeals for Sundblad to go solo, citing the substantial age disparity within the band and calling her the group's only real talent. But she maintained solidarity with her bandmates, refusing to do solo interviews and insisting that she wasn't going to leave the group. That is, until she did, dissolving Lambretta in the wake of their most aggressive album, 2004's The Fight, which was less successful than its predecessors. As the group's members went their separate ways (two of them forming the band Psych Onation) Sundblad moved to California, got married, and began planning her solo career. Oh My God, her solo debut, appeared in November 2006, featuring songs co-written with Tobias Karlsson of Infinite Mass, as well as Max Martin and his Cheiron studios crony Alexander Kronlund, a-ha's Martin Landqvist, and Teddybears' Klas Åhlund. With this album, Sundblad unveiled an upbeat, '80s-inspired dance-pop style markedly different from Lambretta's guitar rock; the first two singles, "Oh Father" and "Lose You," hit number one and two, respectively, on the Swedish charts. ~ K. Ross Hoffman, Rovi