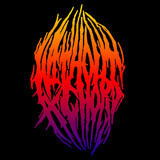 Featuring Without A Chord

Without A Chord was sent up from below to give final bosses a finishing blow hacking his way to the top of the electronic music scene. With a vicious blend of baroque, metal and dance music he spawns the most beautiful ballads and the most epic showdowns. Using bass choirs and beat downs this artist will make even the most malevolent of filth flea from this planet. Currently Without A Chord is in his lair designing a virus to plague the music industry and actively destroying it live to help those feel more alive. Raising the bar from a local contamination to an epidemic with new skills and killer shreds for crushing skulls and killing them dead. Without A Chord is full of potential craving to evolve while keeping his roots planted his newest sonic expressions forge mayhem hope anarchy desolation and perseverance.

Prepare for the greatest heist of power in human history as Without A Chord aims to end corruption by decimating the hierarchy! Passed Infinity and in the next Aleph!