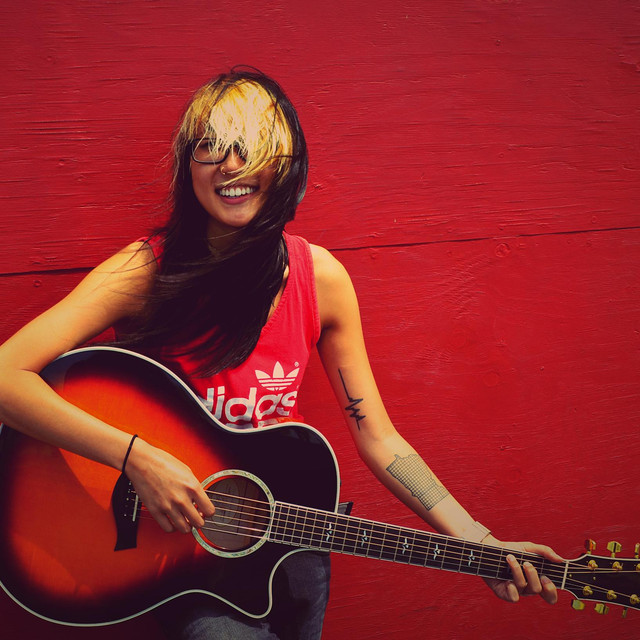 Born and raised in Minneapolis, Christine Sako made the ~2,000 mile trek to San Diego, CA in 2012 with the 1 instrument that made the downsizing cut: her guitar. After settling into the sunshine, Christine started writing and recording for her first full-length album. Released in 2014, The Math Project brought about a poppier,

synth-based style inspired by the Cali vibe. After hearing Avril Lavigne's "Complicated" in 2002, Christine knew she had to take a stab at being a bad-ass, guitar-wielding songwriter. Initially weary of judgement, Christine would record her songs and send them to friends on AIM claiming she had "just found this tune online" ... just to get objective feedback. When the feedback was positive, she knew she had to run with it. In 2009 she got a rare opportunity to tour with an up-and-coming band, Now, Now. After opening for bands such as Paramore and Paper Route, she decided to re-visit her solo ventures. Now with distinct vocals and beat driven melodies, she aims to take the listener on a journey through all the emotions. From car bopping to melancholic, each song peels back at the layers we all share, making for a relatable, easy-listening experience. Now settled as ever in quarantine and back at the songwriting helm, Christine has new music for anyone with open ears. Her upcoming single, "Seasoned",