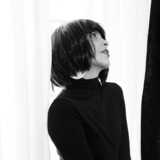 Nakury is a rapper, songwriter and communicator from Costa Rica. Her musical project is directly nourished by her practice of graffiti, breaking and rap, - three of the core pillars of Hip-Hop culture. She also leads conferences, workshops and is a cultural manager. Her songs are characterized by their quotidian social themes, while seamlessly delving into philosophical and surreal territory. Her raps unfold from the perspective and experiences of a Central American woman, who chooses to create from within a territory full of contrasts. Nakury is the founder of Union Break, an organization promoting Hip-Hop culture in Central America. In 2014 she dropped her first mixtape "Rima Que Ilumina", followed by the release of her debut album "VIA" in 2017, published by the independent record label Lácteo Cósmico. This body of works has been performed throughout Central America, Mexico, United States, Spain, Germany, Holland, France, United Kingdom, Switzerland & Austria. In 2020, Nakury released her highly-anticipated album in collaboration with DJ and producer Barzo, titled "O".