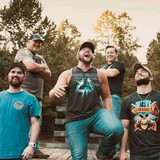 In short, Southern Rebellion has been Building their fan base over the past six years. Though it's been a slow climb, they have made their way into the hearts of fans all over the U.S. and other various parts of the world. Their first album release back in 2017 was a statement that country music is what comes from the heart with a variety of sounds from song to song all the while keeping their "southern rock" roots. Recently signing to MAE Captiol Label Group, new music releases are definitely in the near future.