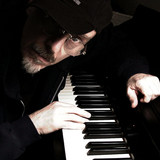 Neal Fox is a veteran songwriter with a long list of credits. As a recording artist for Polydor, RCA and Columbia Records, he had a charted single and Top Ten Dance Club Hit. He wrote and produced music for hundreds of commercials, and TV promos for NBC, CBS, MTV and VH-1. Long known for his satire and social commentary, Fox turned to filmmaking to express his views with visuals. He has won numerous awards from film festivals for his music videos, film shorts, and his feature-length documentary, The Conspiracy Project. He is especially outspoken on psychiatry. Music Connection called his song, “Zero With a Gun”—which links antidepressants to school violence—“edgy and alternative.” As a human rights activist, his animated music video for his song, “You Have the Right,” was an Official Selection at many film festivals and won several awards. His latest project is an album in the works. Working title: "Insanity Was Throwing a Party.”