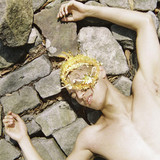 Growing up with the piano, King KAI 凱 started young with his music journey. Throughout his formative years of living in Peru, moving to New York City and serving the army in Taiwan, he has never stopped writing and creating. His first music endeavor came into fruition under the name Jake Frost with the project Loveless in 2018, which detailed his stories as a queer person of color. The song Undercover was placed on Spotify's editorial playlist Out Now and generated over 200K streams and views across platforms. The project also received notable press such as Gay Star News, NewNowNext, This QPOC Life and more.   For his next project, he delved back into understanding his heritage as a Taiwanese. Many members of the Asian community have carried a made-up American name and Jake was his. He felt more and more inauthentic as the years went by and decided to rebrand his artist name to King KAI 凱 (drawing from his real name Ching Kai Wang). All That Matters is the first song that reflects his kingdom identity.