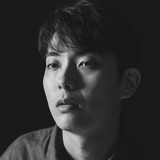 Yuta Orisaka is a singer-songwriter born in 1989. He spends his childhood in Russia and Iran. In 2013, he started performing live with guitar playing. In 2014, mini album "Akebono" released. In 2016, first album "Tamuke" released. In January 2018, the first studio EP "Zawameki" released. From February 2018, over a period of six months, acoustic live tour as pay-what-you-want charge was held and become a topic.He has also performed at FUJI ROCK FESTIVAL 2018, RISING SUN ROCK FESTIVAL 2018 in EZO, New Acoustic Camp and many other summer festivals. In October 2018, he released 2nd album "Heisei" and received high evaluations in various places, including receiving the CD Shop Award in Japan, the first pop/rock album of the year by the Japanese music industry lead “Music Magazine.”. In March 29, 2019, single "Hoyo" released. In July 2019, he was in charge of the theme song for the TV drama “Inspector Asagao”, which gained a high audience rating in Japan. A rare singer who has a unique singing style and has a sense of blues, folk music, jazz, etc., and digests it as pop music.