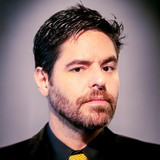 Brazil's Gui Boratto produces bright, melodic tech-house tracks owing to progressive house and new wave. A longtime associate of the esteemed German label Kompakt, he's responsible for some of the label's most accessible material, including the popular singles "Beautiful Life" and "No Turning Back." An architect by trade, Boratto is a master of exquisitely crafted sound design, but his tracks are always imbued with warmth and humanity. He broke through with his widely praised 2007 full-length debut, Chromophobia, and remained with Kompakt for several subsequent albums, including the darker III (2011) and Pentagram (2018), while releasing singles on a host of smaller labels. Boratto was born in São Paulo, Brazil in 1974. He began contributing to recordings as a producer and multi-instrumentalist during the early '90s. He joined the successful dance-pop band Sect during the middle of the decade, and worked with the disparate likes of Steel Pulse, Gal Costa, Garth Brooks, and others. Boratto began releasing 12" EPs and singles in 2005, quickly filling up a DJ crate with records on Circle Music, Plastic City, and various Kompakt sublabels. He also remixed a staggering quantity of tracks, including singles by the Pet Shop Boys, Goldfrapp, Moby, Massive Attack, and others. Signing to Cologne's Kompakt label for his full-lengths, Boratto's acclaimed debut album, Chromophobia, appeared in 2007, featuring the sunny, new wave-influenced "Beautiful Life." The double-CD mix Addicted, Vol. 2 was issued by Platipus later in the year. Second proper album Take My Breath Away followed in 2009, including the single "No Turning Back." Boratto's volume of the Renaissance: The Mix Collection series saw release in 2010. Boratto's third album, III, was released by Kompakt in 2011, and was significantly darker than his past work. Following The K2 Chapter, a digital compilation of his earlier singles for Kompakt's K2 imprint, his fourth album, Abaporu, appeared in 2014, returning to his more cheerful, party-friendly sound. Boratto founded a label called D.O.C., which released material by artists such as Elekfantz and Shadow Movement, in addition to Boratto's collaborations with the likes of Mixhell (Animal Machine) and Leo Janeiro (MooDisco). In 2018, Kompakt released Boratto's fifth full-length, the ambitious, cinematic Pentagram, which featured collaborations with progressive house innovator BT and vocalist Nathan Berger. ~ Andy Kellman & Paul Simpson, Rovi