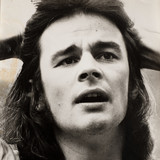 Colin Blunstone met the other members of The Zombies in St Albans and became their lead singer. Their first single, ‘She’s Not There’ became a world-wide hit. Three years later the band split after recording a second LP, the acclaimed 1968 album, ‘Odessey and Oracle’. After a short break, Colin’s solo career began in earnest with ‘One Year’ on Epic Records, from which the hit single ‘Say You Don’t’ Mind’ was taken. Two more albums on Epic followed, ‘Ennismore’ and ‘Journey’ which spawned the hits, ‘I Don’t Believe In Miracles’ and ‘How Can We Dare To Be Wrong’. Around 2000, Colin decided the time was right to play live again and he was joined by fellow Zombies founder member, Rod Argent. Together they have recorded four studio albums, ‘Out Of The Shadows’ and ‘As Far As I Can See’, ‘Breathe Out, Breathe In’, ‘Still Got That Hunger’, a live double album and DVD, ‘Live At The Bloomsbury Theatre’ and a live album and DVD, ‘Odessey And Oracle {Revisited} 40th Anniversary’, of their sold-out concerts at the Shepherd’s Bush Empire in 2008. Solo recordings include 2009’s ‘The Ghost of You and Me’, was his first solo album in ten years, which he toured live and in 2012 another solo album ‘On The Air Tonight’ which again he toured to promote in the UK. The following years were spent mostly in the USA playing live with The Zombies whilst continuing to tour as a solo artist with his own band in 2017 and 2018. A new album is thought to be due in 2019.