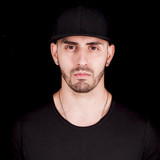 In the past few years Gustavo Soares a.k.a. Guz has been dedicated to the electronic music production to be able to create a distinct atmosphere during his DJ performances. Under the alias Guzwoo, he released his own tracks, remixes, bootlegs and unique mashups to provide the crowd with a fantastic experience.   From a young age Guz was already mastering the turntables. There was not a single day when he did not listen to music. By the age of 16, he was already playing in the main clubs of Rio de Janeiro, his hometown in Brazil.   In order to improve and develop himself as an artist, Guz moved to Amsterdam in 2014 and began studying electronic music production.   His inspiration comes from all sorts of music styles, diverse rhythms, learning their dynamics to improve his own productions and make of his DJ sets more than a simple presentation, but a symbiotic experience between the audience and him.   Now, with his new project named GöW, you can expect a lot of vibrancy and positive energy during his DJ sets and his productions.   GöW wants to conquer new horizons, meet new people and bring new sounds to the world through his musical perspective.   As he likes to say: “A musicless day is a lifeless day”. - GöW