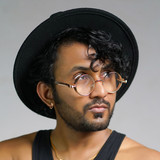 YAKA is clearly recognized as a award nominated upcoming music producer. Since his childhood he has been into the field of music.He has good experience and practical knowledge on computer music such as (EDM / Hip Hop / Urban R&B / Traditional Music / Retro Music & Pop). He has learnt about a variety of new musical and recording production software technologies. He started his music career in 2014,Then up to now he has worked with leading producers and artists. Also he is a former Music Produser\ Engineer at Bathiya & Santhush and also worked at Illnoize Stduio [IRAJ Productions] YAKA is the original trademark in Sri lankan Music Industry. Also he is the youngest VEVO (USA) Qualified Music producer in the country. Nominated for the Yes Home Grown Awards 2017 under the category of "People's Choice Awards"He has done Radio Songs / Films Songs / TVC / Tele Drama Music / Movie Trailers / Sound Foley and many more. YAKA's expertise and creativity in field of music can be considered quite remarkable.