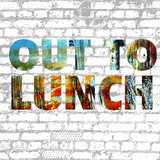 Uptown 6: New York ElectroSoul has hit the streets. And the streets of New York are where it emerged. Busking on a subway platform one afternoon the then unknown vocalist Damon C. Scott was discovered by David Levy. That was back then, in 2007 – a lot has changed. Damon and David have worked together ever since. Writing songs, playing shows, and recording material, which is premiered in their first official release together, Uptown 6. Damon C. Scott is now best known for being the voice behind the track Look Right Through, which took the UK by storm, topping the charts. The hook up for this track was made through David, and now Damon is returning the favour. The Village Voice has hailed NYC’s Out to Lunch as “ambitious and funky,” while Billboard Magazine calls them “a distinctive brand of funk…expanding the range of the listener’s experience.”