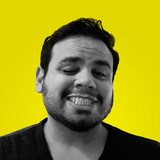 Koopa Querales is a Spanish-Venezuelan singer-songwriter, guitarist, software developer, actor and YouTuber, whose music is heavily influenced by the 2000s rock. Bringing back

a combination of nu metal and alternative rock together.   Querales’s musical journey started in Venezuela back in 2001 from playing many bars and clubs with a variety of groups from where it continued via Argentina and Belgium where he discovered his own sound and recruited his own band.   To date Koopa Querales has released several singles on all mainstream streaming services including Spotify, GooglePlay and AppleMusic with a soon to be released debut album titled “Tuurlijk".