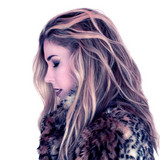 Pop singer/songwriter Jennifer Paige was born and raised in Atlanta, Georgia. At age eight, she began performing in local coffeehouses as part of a duo with her older brother, Chance Scoggins. Two years later, she began studying piano. A short time after moving to Los Angeles, Paige teamed with producer Andy Goldmark and began work on her self-titled debut LP in 1996. Originally released on the German indie label Edel, Jennifer Paige was issued in the U.S. on Hollywood Records in 1998. The album spawned the international chart-topping single "Crush," which would become her best-known hit. By the new millennium, she was in her early twenties and moving beyond the mainstream teen pop that made her a star. Released in fall 2001, second album Positively Somewhere reflected Paige's fresh and sophisticated musical direction. The reception in Europe and Asia was positive, but the LP suffered from poor promotion in her home country. Although a quick label release -- Flowers: The Hits Collection -- was issued by Edel in 2003, Paige retreated to the background, songwriting for other artists. In 2008, she returned with Best Kept Secret, which featured the singles "Wasted" and "Ta Voix (The Calling)," as well as a duet with Nick Carter titled "Beautiful Lie." In 2010 she formed the duo Paige & Palermo with Coury Palermo. In addition to 2013's Stay EP, they also recorded a pair of Christmas covers ("Silent Night" and "Have Yourself a Merry Little Christmas"). The former featured on Paige's own 2012 seasonal release, Holiday. After a lengthy period of silence and a crowdfunding campaign launched in 2015, Paige returned with her fifth studio full-length, Starflower, which was released in 2017. ~ Jason Ankeny & Neil Z. Yeung, Rovi