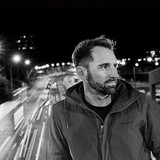 While it seems the whole world has been moving to the "hip" city Berlin over the past years, one guy decided to go against the trend and leave the capital in 2011. His name - Keyza Soze. Until then, known as a producer of many German rap artists, KEYZA started focusing on his solo music. Due to initial technical limitations in Australia, KEYZA started working with samples for the first time in his career. The outcome was the instrumental album SYDNEY, which showed a new musical side, but without losing the typical “Keyza Soze”-sound he was known for previously. The positive feedback led into the successor SYDNEY II just one year after. Over the past five years, KEYZA has taken a creative break in which he experimented with different kinds of music genres. His origin and current place of residence played an essential role in the creation of his latest LP. While Berlin is responsible for the “urban street”, Australia's influence adds the “experimental beat and electronic” sound. The combined result is the last part of the trilogy: SYDNEY III.