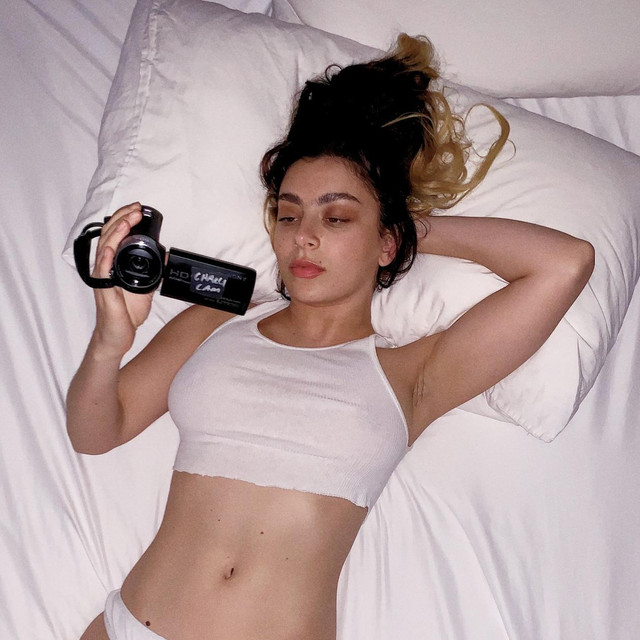 Straddling the most experimental and mainstream sides of pop with ease, Charli XCX -- aka singer/songwriter Charlotte Aitchison -- is just as comfortable working with cutting-edge producers like SOPHIE as she is touring with Taylor Swift. As a songwriter and collaborator, she helped create some of the biggest pop singles of the 2010s, including Icona Pop's 2012 smash "I Love It" and Iggy Azalea's 2014 chart-topping hit "Fancy." As an artist in her own right, her work spanned the edgy sounds of her 2013 debut album, True Romance, to the more straightforward territory of 2014's follow-up Sucker, which featured the U.S. Top Ten single "Boom Clap." As the decade unfolded, she only became more prolific and more eclectic. Along with founding her own label, Vroom Vroom, she issued EPs and mixtapes, including 2017's Pop 2, that allowed her to combine the different sides of her music in a fittingly freewheeling way -- a direction she continued on 2019's Charli and 2020's how i'm feeling now. Born in Cambridge, England, to a Scottish father and a Gujarati Indian mother, Aitchison began writing songs when she was 14. By 2008, she was posting her tracks online and performing at raves, taking her MSN Messenger user name as her alias. That year, she released a pair of singles, "Emelline/Art Bitch" and "!Franchesckaar!," and recorded her first album, which she sold at concerts but was never released officially. She returned in 2011 with the singles "Stay Away" and "Nuclear Seasons," both of which were produced by Ariel Rechtshaid, and appeared on Starkey's "Lost in Space" and Alex Metric's "End of the World." She also issued the mixtapes Super Girls, Super Love, and I Like Boys Who Cry, which respectively gathered the female and male artists who shaped her music. Charli XCX's first original mixtape, Heartbreaks and Earthquakes, arrived in May 2012 and was followed by her U.S. debut EP, You're the One, and another mixtape, November's Super Ultra. Later that year, she scored her biggest hit to date when she appeared on Icona Pop's single "I Love It," which she co-wrote. It became one of the year's biggest songs, hitting number seven on the Billboard Hot 100 and topping the U.K. singles chart. Her debut album, True Romance, arrived in 2013; featuring the moody pop singles "What I Like" and "You (Ha Ha Ha)," it reached number five on Billboard's Heatseekers chart. Though True Romance earned critical acclaim, Aitchison was already working on her next album later that year, with collaborators as diverse as Weezer, Stargate, and Vampire Weekend's Rostam Batmanglij; she issued the single "Superlove" in December. Charli XCX's big break came in 2014, when she collaborated with Iggy Azalea on the single "Fancy." The song became both artists' first number one on Billboard's Hot 100 that May (Aitchison also co-wrote "Beg for It," which appeared on Azalea's Reclassified and featured Danish singer/songwriter MØ). Also that month, XCX released the single "Boom Clap," which introduced a more straightforward pop sound. Featured on the soundtrack to the film adaptation of the young adult novel The Fault in Our Stars, it charted in the Top Ten in the U.S., the U.K., and Australia, becoming her biggest solo hit to date. The single also appeared on the full-length Sucker, which arrived that December. Along with "Boom Clap," the album spawned several more singles, including "Break the Rules," "Famous," and 'Doing It," featuring Rita Ora. Sucker reached the Top 30 on the U.S. Billboard 200, and peaked at number 15 on the U.K. albums chart. During this time, Charli XCX further established herself as a songwriter and collaborator, penning the Iggy Azalea/MØ track "Beg for It," as well as songs for Gwen Stefani and Rihanna. In 2015, she appeared on Ty Dolla $ign's single "Drop That Kitty" alongside Tinashe and collaborated with Mr. Oizo on his Hand in the Fire EP. Early in 2016, XCX launched her boutique label, Vroom Vroom, releasing an EP by the same name that featured PC Music's Hannah Diamond and SOPHIE, and singles by RIVRS and Cuckoolander. Along with writing two tracks for Blondie's album Pollinator ("Gravity" and "Tonight"), in 2017 XCX released the Number 1 Angel mixtape, which featured contributions by MØ and CupcakKe. A second mixtape, Pop 2, followed that December, and included the single "Out of My Head," featuring Alma and Tove Lo. The following year, she joined the star-studded single "Girls" with Rita Ora, Cardi B, and Bebe Rexha, later releasing her own singles "5 in the Morning," "Focus," and "Girls Night Out." She also joined Taylor Swift's Reputation Stadium Tour as an opener. To close out her year, she issued the single "1999," a collaboration with Troye Sivan that became a Top 40 hit in the U.S. and climbed into the Top 20 around the globe. The song appeared on Charli XCX's third album, which also featured Lizzo, Christine and the Queens, Sky Ferreira, and Yaeji as well as producers including PC Music's A.G. Cook. The simply named Charli arrived in September 2019, and debuted in the Top 50 of the Billboard 200. By the end of the year, XCX was already at work on her next album, but when the global COVID-19 pandemic required her -- and much of the world -- to shelter in place starting in March 2020, she changed gears. Along with conducting live chats with artists including Orville Peck and Rina Sawayama on her social media platforms, she used her fans' input to test out a new set of songs for an album she completed during quarantine. With production assists from Cook, BJ Burton and 100 gecs' Dylan Brady among others, how i'm feeling now arrived in May 2020 and evoked the spontaneous feel of her mixtapes. ~ Heather Phares, Rovi