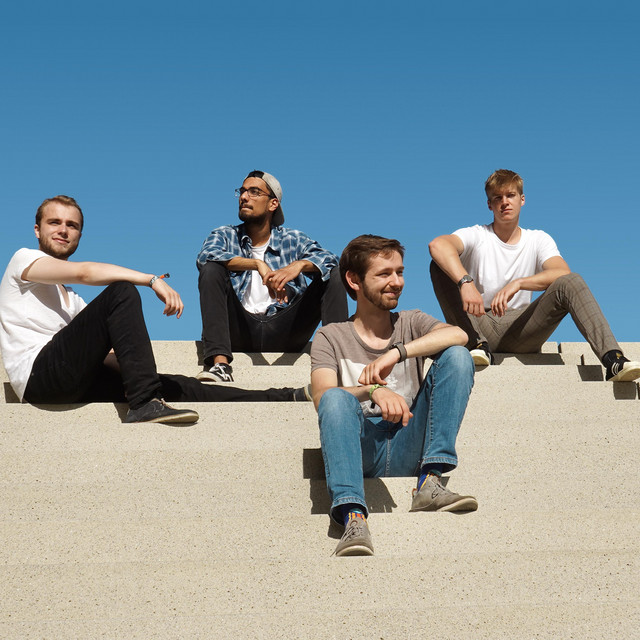 Departure, stagnation, hope and anxiety – these are the topics that indie-rock band Small Strides deals with while uniting elements of alternative rock, electro, pop, and emo in their music. Death Cab for Cutie's stylistic bandwidth, Coldplay's hymnic relatability, as well as Radiohead's love for experimentation are important cornerstones of Small Strides' sound. Even in their live shows, they take it a step further and realize their vision with live-looping as well as their very own samples and synthesizers. With every song, they rediscover new facets of themselves, constantly facing the decision of where to go next. At the end of 2020 Small Strides began releasing a number of new singles. As direct follow-ups to their December 2019 EP “Crossings”, these songs make for a transition into a new era in the band’s history, which is marked by their personal struggles in a challenging year 2020. Following the atmospheric-experimental “Roads”, the band’s latest song “Fake Doors” introduces acoustic elements to their still expanding sound repertoire and is the logical next step on an ongoing journey which could lead anywhere.