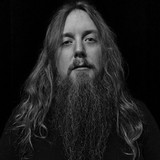 Over the past few years, you could find Josh Preston playing with a number of bands (The Mables, Daphne & The Mystery Machines, Adam Burrows, Tumbleweed Company) around Nashville on any given night of the week. It was this submersion in Music City’s stylistic stew of rock, pop, funk, blues and Americana that transformed his guitar playing and personalized his approach to songwriting. The experiences and observations gathered during this time have embedded themselves on his new, self-titled release. These recordings are backed by musicians with a deep connection to the musical roots of rock and soul, these well-crafted songs dance from heartfelt to humorous and shine a spotlight on who he's become as an artist. Josh Preston's self-titled release is an honest reflection on both his social status and the status quo.