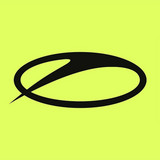 A State Of Trance Having evolved from a small radio show into a wide-ranging and far-reaching brand with many different spin-offs, ‘A State of Trance’ is one of the world’s biggest and most popular dance music brands. Built from the ground up since the very first episode of Armin van Buuren’s radio show in 2001, ASOT now entails a globally acclaimed label and a breathtaking event series to boot, drawing tens of thousands of music lovers from all over the globe. The Radio Show ‘A State Of Trance’ is one of the most popular and beloved weekly dance radio shows in the world. Currently broadcast to an estimated 40 million listeners across more than 84 countries and 100 FM radio stations per show (as well as to the global audiences via online video live streams on Facebook and YouTube), the radio show of five-time #1 DJ in the world Armin van Buuren (with co-host Ruben de Ronde) won the award for ‘Best Mix Radio Show’ at the International Dance Music Awards in Miami in 2007, 2008, 2009, 2010, 2012, 2013, 2014 and 2018. Providing fans with mixes from weekly guest DJs, occasional XXL episodes and always two hours of the best and latest in Trance and Progressive every week (including the fan-voted Future Favorite, Tune Of The Week, Progressive Pick, and a Service For Dreamers classic track

presented by a lucky fan live in the studio every episode), ‘A State Of Trance’ managed to evolve into a comprehensive and global music brand, with spin-offs in all shapes and forms.