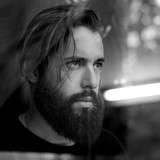 A native of Morin-Heights in Quebec’s Laurentian region, Ryan Kennedy found a passion for music in his early childhood. He is an accomplished singer-songwriter that dances between folk and indie rock sensibilities and sports a passion for aviation. Although he’s released numerous radio singles, Kennedy made a name for himself with “Honest Song”. The track was recognized as the most popular French-language pop song in Quebec during the 2018 SOCAN gala. It also has the distinction of being one of the 5 most played songs on Quebec radio over 2016 and 2017. The artist and his band are now back in the studio preparing the rest of the wildly anticipated third album. The musician and singer added to his musical toolbox by foregoing the guitar and writing all of the album’s songs on piano, a first for Kennedy. This album also moves him away from folk and towards a pop esthetic – new for Kennedy and inspired by Bruce Springsteen and Elton John’s 1970s and 80s. The talented artist is used to presenting his world through a multi-sided prism. He navigates past demons, lives his more luminous present and contemplates the promising future that stands before him – all of this in both the languages of Shakespeare and Molière. In the studio and on stage, across Canada and Europe, the veritable showman’s unique voice and catchy compositions – each and every one of them - pull us into his enchanting universe.