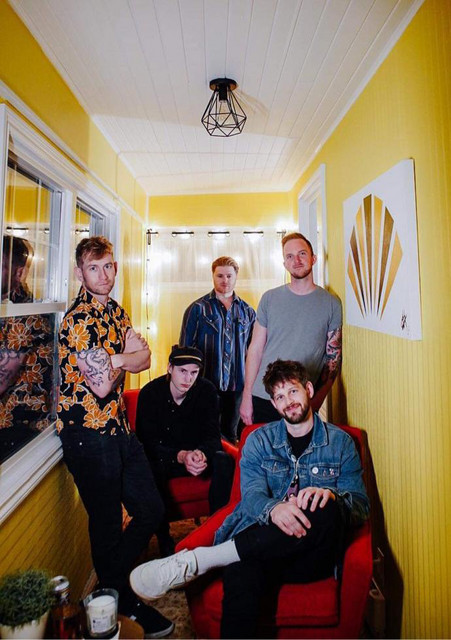 The Treble have carved out a place for themselves within the wider Canadian music scene on the strength of their shadowy hook-laden alt-rock songs, reputation for delivering spectacular DIY content, and a drive to give back to the community that saw them through it all. Their up-all-night fundraiser, “24 Shows In 24 Hours,” which is now in its fifth year, has raised more than $15,000 for various charities while songs from their first two independent EPs garnered regular radio airplay and saw the band do several cross-country tours, multiple international events, and even walk away with a few arena dates under their belts. Lyrically, their upcoming album takes on everything from tough personal relationships to struggles with anxiety, self-doubt, and mental health, and the result is an honestly delivered portrait of what it’s like to wade through the sometimes murky waters of young adulthood and finally make it out on the other side. Their debut album, Modernaires, was released via Cadence Recordings in 2017, and went on to chart in the Top 40 on Canadian alternative radio and in the Top 5 on SiriusXM/The Verge’s The Grocery List respectively. "Eyes On Us" and "Saturday Night" - the first two tracks from their forthcoming 2019 sophomore album - are available now.