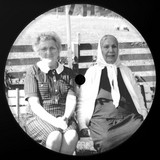 Dauwd Al Hilali is a producer with roots in Iraq, but he was born in the United States, raised in Wales, and is based in London, England. He fuses house, garage, and techno with a heavily layered, frequently dreamlike sound that works in club and home-listening settings. What's There, his debut EP, was released on Pictures in November 2011. In March 2013, he followed it with Heat Division, a four-track EP issued jointly on Pictures and Ghostly International. The same month, his remix of Coma's "My Orbit" was released on Kompakt. The association with the Cologne-based label was continued when he produced the Kindlinn EP for release the following April. As a remix producer, he has also been sought out by Jack Dixon ("Lose Myself"), Lanterns on the Lake ("Not Going Back to the Harbour"), and Olaf Stuut ("Siren"). Following two more Kompakt EPs (Saleh and Jupiter George) and an appearance on the Ghostly Swim 2 compilation in 2015, Dauwd was mostly silent until the release of his debut full-length. Issued by Ninja Tune sublabel Technicolour in 2017, Theory of Colours contained seven hazy tracks primarily composed on vintage synthesizers. ~ Andy Kellman, Rovi