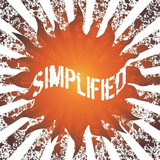 Simplified - It was 2002 when the acoustic duo comprised of Clee Laster and Chris Sheridan began their music careers together performing open mics and acoustic shows around Charlotte, NC. Early on, both musicians displayed innate musical capabilities, which were passed down from family members, and inspired by a diverse collection of original influences - influences that eventually led them to pursue writing their own original tunes after only playing together for a short time. In 2004, the full band took shape as Simplified with the addition of bass and drums and Sheridan switching to electric guitar. Soon, they developed an addictive signature sound with Clee’s soulful vocals & percussive acoustic strumming complimented by Sheridan’s melody focused and sometimes jammy lead guitar lines. Fast forward a few years, thousands of live shows, and a few albums later - In 2014, Clee and Sheridan effectively reformulated the band by experimenting with the addition of new players and writing new material. Today, the line up includes Drew Cyphers on keyboards, Justin Powell on bass, Marcus Harmon on saxophone and guitar, and Adam Mann on drums.