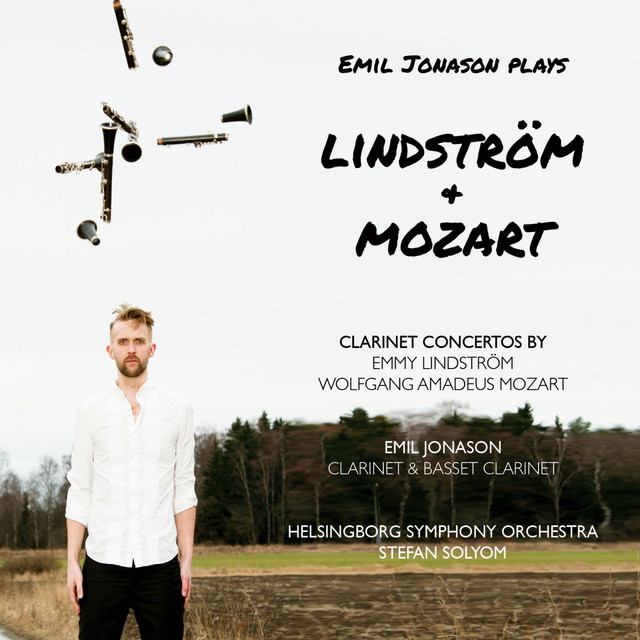 Emil Jonason has been described in the Swedish, European and American press as "The Clarinet's Yngwie Malmsteen", "Has the aura of a Rockstar aura", "Raises the bar for what you can expect from a clarinet" and as "A magician who uses his instrument that breaks classical norms like a silver bullet ”. He has played as a soloist with the Swedish Radio Symphony Orchestra, the Royal Philharmonic Orchestra in Stockholm, the Gothenburg Symphony Orchestra, Musica Vitae, Düsseldorfer Symphoniker, Weimar Staatskapelle, Cabrillo Festival Orchestra, Symphony Orchestra Vlaanderen and many more in Sweden and abroad. In 2019, Emil won the Kaleidoscope International Vocal and Instrumental Competition in Los Angeles, USA. From over 1,600 applicants from all over the world, Emil was chosen to play Emmy Lindström's clarinet concerto at the finals, and emerged victorious. He was the only clarinetist, and Emmy's concerto was the only contemporary piece of music selected for the finals. Emil also works as a teacher at the Royal Academy of Music in Stockholm, and at the Music and Opera Academy, at Mälardalen University in Västerås.