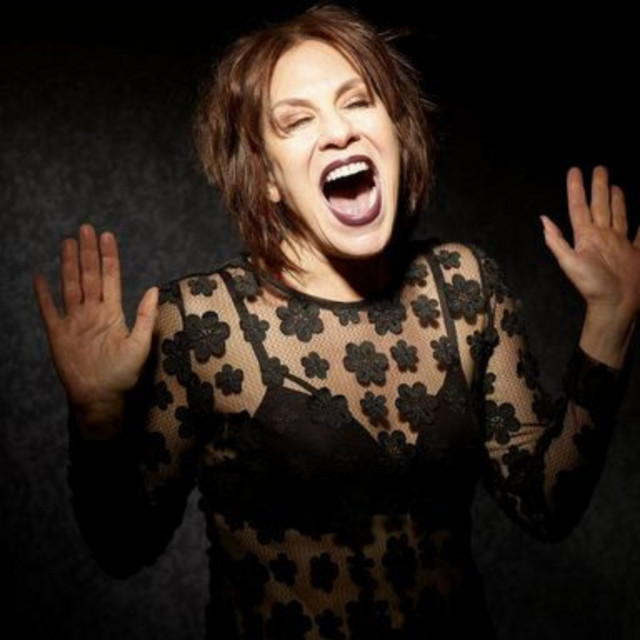 Tina B is a Vocalist and songwriter whose voice and songs have been featured on gold and platinum records. Her music has helped create a musical movement that defines music today. The 1980s brought an explosion of new music coming out of New York City - dance, electronic, funk, hip-hop. Tina B's singles “Honey To A Bee”, “Bodyguard” and “January, February” contributed to the legacy and sound as fresh today as the day they were released. The “Bodyguard” video was written and directed by Beastie Boy, Adam Yauch. She made her first debut with Afrika Bambaataa and the Jazzy Five on “Jazzy Sensation, Manhattan Version” on Tommy Boy Records in 1981. Following her debut with “Jazzy Sensation,” Tina B joined Rockers Revenge in 1982, a funk and soul group founded by pioneering dance, pop, and electronic producer Arthur Baker. The group had a smash UK and US hit with their remake of Eddy Grant’s “Walking on Sunshine”. Her versatile voice has provided supporting vocals for artists like Madonna, New Order, Al Green, Freeze, U2, Carly Simon, Bruce Springsteen, and also doubled as a member of Van Zandt’s Disciples of Soul band and the supergroup “Artists United Against Apartheid”. She enjoyed working with some of the most influential writers and producers in pop history. Her singles have been added to dozens of compilation albums, are featured in iconic 80s films like Something Wild, Goonies, and Beat Street and are still played on radio stations all over the world.