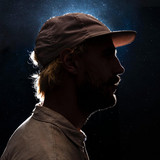 Thoreau had Walden Pond. Kerouac had Big Sur. Rayland Baxter? He had an old rubber band factory in Franklin, Kentucky, and it suited him just fine. As one of the hardest-touring artists on the road today, Baxter’s spent most of his professional life in transit, but ever since he was a kid, he dreamed of creative seclusion someplace lonely and isolated, somewhere he could sit still and devote his every waking hour to writing without interruption or distraction. When the opportunity finally presented itself in late 2016, the Nashville native pounced, relocating to factory-turned-studio Thunder Sound for three full months of intensive soul searching and obsessive songwriting. By the time he emerged, he’d penned more than 50 tunes and crafted a detailed blueprint for his spectacular new album, ‘Wide Awake.’ Deftly produced by Butch Walker, the record infuses Baxter’s easygoing, soulful sound with British Invasion melodies and rock and roll swagger, marrying lean, muscular songwriting with adventurous, inventive arrangements. It’s a cutting, insightful collection, one that takes a sardonic view the violence, greed, and division that seem to define the modern American landscape. Rather than point a finger, though, the music holds up a mirror, offering a sober reflection of the times thoughtfully bundled in bright, infectious hooks. There’s no judgment here, only keen observation, and the album’s broad, wide-angle musings often come bundled inside deeply personal memories.<br>