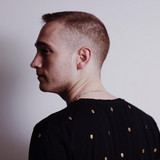 Adrian Alegria is a young composer and DJ from the Basque Country who has a huge projection. Some of his works have made it to best-selling lists and artists like Roger Sanchez, Cristian Varela or Tocadisco have played his music in their sessions. He has played in many relevant cabines in Spain and London, and he has been the resident DJ in Txitarro, Itzela-Dcibelia and Sala Totem. Pianist since he was 5, he slowly introduced into electronic music. His personal sound mixes House, Deep and Techno bases with afro, funk, jazz and ethnic music; transmiting unique feelings to the audience. His works can be found in record labels like Piston Recording, Younan Music or SELECTECHouse which have already worked with him. He also works in the radio: he has a program called Alegria Sessions in ATICA FM. At the moment he is working on some stuff for his next project.