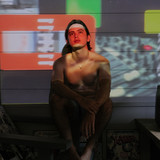 Actor, singer, song-writer and record producer, James Reid is a true creative with a tireless passion for developing his artistry. James is the Founder and Chairman of Careless Music, an independent music label based in Manila, Philippines. James has been on multiple film box office hits and award-winning television shows. He is one of the most sought-after artists, not only in the Philippines but also internationally within the Filipino community. Fusing together elements of neo-soul and funk into pop and R&B tracks, the essence of James’ music is inspired by all things love and his current realities that surround him. Philosophical and ever-curious, James is an environmentally conscious individual who is constantly striving to both seek and share knowledge of how to better take care of the world we live in.