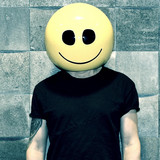 Zurich raised but a musical globetrotter Mike Candys savors in the form of dance, house and electro house flavors, taking his classical music training to this generations’ music hit list to another level. Winning over enthusiasts from fellow electronic music leaders to those who take to the clubs religiously every weekend, he encases musical precision showcasing just why he’s a double platinum and five gold attaining artist in the inaugural music stakes. Dominating with the biggest smile on stage, Mike Candys knows a party drop. As the producer for decades and grasping a true passion for dance music in its broad spectrum, Mike Candys brought to life his classical instrumental mastery within the studio taking hues from W.A Mozart initially to the likes of Axwell, Nick Romero and Bingo Players. Popping records across his own label Wombat and on Ultra Records, Kontor, Sirup and ETNA Recordings, there isn’t an electric track Mike Candys doesn’t deliver in style. Rolling with the awards, Mike’s ‘Insomnia’ took a Platinum title, ‘If The World Would End’ scored two Gold and one Platinum awards and ‘One Night in Ibiza’ slammed a huge three gold titles.